Malawi, watch out for the hawkers 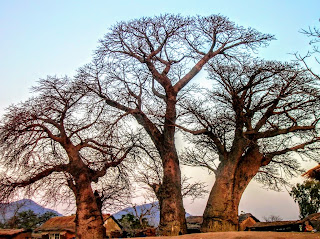 I’ve been to Malawi a lot. In fact at one stage I used to do all my rice shopping for in Malawi. They have the best rice, I can recommend the Kilombero aromatic rice brand, it's delicious.

On my first trip to Malawi I was travelling with a cool Norwegian guy named Stein. He is a big viking of a man.


Luckily for me, we had a semi-decent hotel! This time it was Cresta Crossroads. Something like a Holiday in terms of standards, but way, way above our living allowance budget. Stein had the budget approved for Cresta, and I got to adjust into my new traveling career quite gently!

This didn’t last long as you’ll hear when I get around to my Mozambique story. In fact the next trip to Malawi was also quite a rude awakening. I got to the guest house, Annie’s lodge, and found what I thought to be a semi run down house. No TV in the bedroom, dinner with the other guests around a shared table, and horror of horrors, no internet!

Acting mildly prima donna-ish I got back into the land-cruiser and told the driver that there must surely be somewhere better in my price range. So we started looking at other places and I soon realised why the office recommended Annie’s lodge. The other places barely had doors, the mice kept you company (and could be dinner too, mouse on a stick is a Malawian delicacy!), and there was no hot water.

Now I have 3 requests when I travel. Hot water is number 1, internet is no 2, and back then walking distance to the office was no 3. No 1 is not negotiable, I must have a hot shower else I’m incredibly grumpy all day long. No 2 is a sanity issue, without internet I get bored very quickly, and when I’m bored I tend to do weird things like cut my own hair. No 3 is just a nice to have, after all we get chauffeured around in a big white 4×4 everywhere we go, but I like to walk, and it also means the drivers don’t get too upset if I oversleep a little!

So Annie’s lodge became my home. The staff there are great, and know me by name after all my trips, and it turns out that eating with strangers is actually a lot of fun. I’ve met the most some people doing just that. I won’t bore you with too many details about Lilongwe. It’s the capital city except it’s a town. I’ve heard it was planned by South Africans, and they put everything miles apart thinking that the spaces between would get used, but they haven’t. It feels very sparse.

After a number of sleepless nights trying to fix a system that would crash 30% of the time, everything was finally running perfectly, and Stein and I could finally go to the field with the local team. This was a rural African village. It was rough out there. Ongoing droughts had seriously hurt the harvest. Stunted kids and undernourished adults were everywhere.

It was also the first time I heard about the skinny dog theory. If you see skinny dogs in the village things may be bad, but if you don’t see skinny dogs then things are really bad! No they don’t eat the dogs like some people have thought, but the dogs don’t last through the tough times.

These were really tough times. At one stage 45% of the population was being fed by the agency I work for, but fortunately things improved. A few years later good rain and fairly decent leadership  meant Malawi actually has had a food surplus.

On one of the later trips I decided to head to the lake for a weekend off. First off I went to Salima, it’s the closest part of the lake to Lilongwe, but not a great spot. The shore there is quite rocky, and there aren’t really places to just sit and chill out, unless you like overpriced hotels of which there is just one.

The next trip was to Cape Maclear. This was much more my scene. Cape Mac is a little village near the south side of the lake that has realised you could make a little cash if you had tourists here. The water here is sparkling blue, warm and filled with colourful fish, and the predominant sound is the call of the fish eagle. Interesting note, lake Malawi has more species of fish than the entire north atlantic! Accommodation is cheap too, really cheap. The recommended spot is Fat Monkeys, a really cool backpacker type of spot with small chalets too. When I was there it cost the equivalent of $5 per night.

Sadly fat monkeys was fully booked, so my travel partner of the time, an Italian woman named Cinzia, and myself “checked into” another guest house down the road. Also $5 a night, far more dodgy and with no hot water, but good fun. We hung out and ate at Fat Monkeys most of the time anyway.
The downside to being in the village is that the locals wander down the beach trying to get you to spend some money with them. This can be great if you feel like getting someone to barbecue some fresh fish on the beach, but if you’re not looking for anything it become old quickly.


Cinzia and myself decided to take some of them up on the offer of going to the island for lunch. It was a great trip. We stopped on the way to buy some bait fish from the fisherman and then got to live in the national geographic photo opportunity. You know the one, the perfect picture of the fish eagle grasping the fish from the water.

I’d always thought it had to be a special photographer waiting patiently for days to get that shot but I was wrong. All he had to do was come to the lake, pay the fisherman for some fish, whistle for the eagle and toss the fish into the water nearby. At times the eagle was so close you could probably touch it with a stretch. They’re so used to this they even know their names and you can get Ruth or Jonathon picking the fish up on command.

One more thing about heading for the lake. As with all fresh water in Africa, you will most likely get bilhazia. I don’t think I did, but since you can’t tell you should just go to a local chemist and get some praziquantal. In Malawi it’s just a few dollars, and you can get it without a script. As a bonus it’ll clear out all the other worms and nasties in your system, leaving you squeaky clean on the inside!

A tablet and a half was all I needed, and you just take it once. I didn’t pick it up locally and had to pay a doctor for a consult, and a lab for some inconclusive tests, before just telling the doc to give it to me anyway. Cost me over $100!

I’ve run out of rice, so it’s definitely time for another trip.