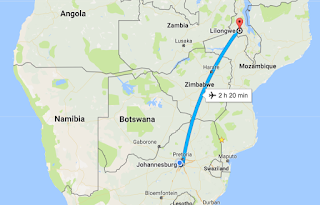 
You've seen me boxing the bike in Namibia, so here's the unboxing video in Malawi.
Even though I'd done it quite a few times, for some reason I put the box on backwards so I had to flip it back before I was ready to go. 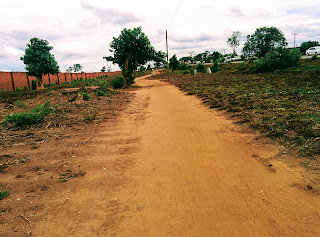 The airport road was pretty terrible for riding on. Just like Namibia there was no emergency lane, but unlike Namibia there was loads of traffic, and they weren't giving me any room. Fortunately there were a lot of sandy tracks running in the same direction. Now those of you who have ridden a Brompton will know they're not designed for off road. Even though my bike was loaded with all my luggage, my backpack full of all the electronics for the week and the bicycle box it did fairly well. Sandy trails are no problem for the little wheels, but if it gets bumpy you end up walking. 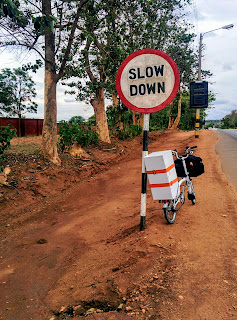 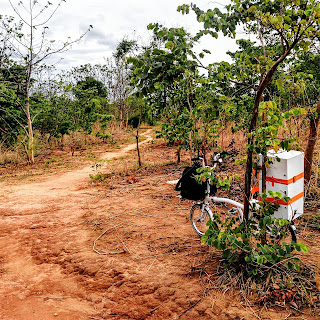 Yes, this tiny bike carrying all that stuff can handle a singletrack with ease. 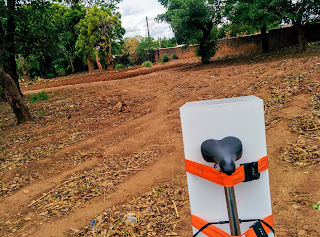 And the odd ploughed field. 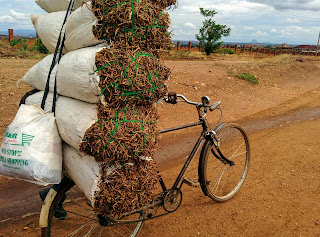 After seeing this guy, I didn't feel nearly as bad about the weight I was carrying. 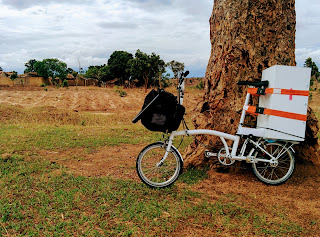 When you work in rural Africa you often have to have meetings in the villages. The usual spot is under the big tree. 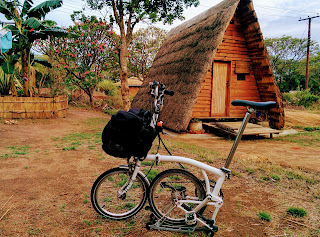 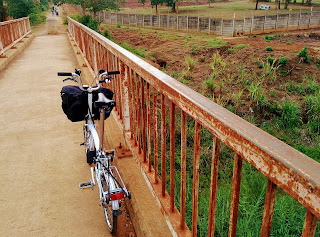 Malawi is actually quite bike friendly apart from the airport hell ride. It's the most popular way for the locals travel.

Even if it's on the back of someone else's bike. 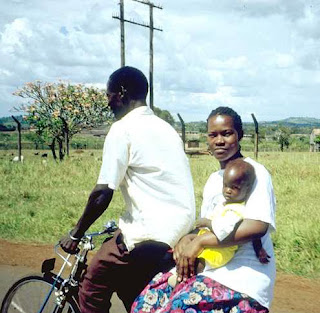 This is called a boda boda. It's the cheapest form of public transport. Woman have to ride side saddle for two reasons, 1) it's hard to straddle a saddle with a dress on, and woman here only wear dresses, and 2) It's considered unladylike to straddle. Pretty much the same reasons woman in the 1800s used to ride a horse side saddle, which I imagine must have been very dangerous. Apparently some woman used to get past this by attaching a fake leg to one side of the horse to make it look like they were side saddle. Maybe there would be a market for fake side saddle legs in Malawi! 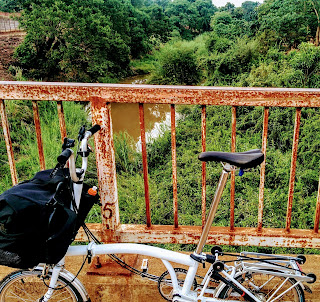 Bridge over the river Five? Just like Namibia they've been suffering a terrible drought, but fortunately the rain recently arrived. 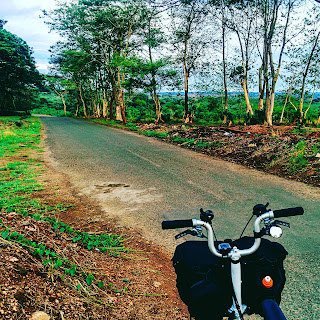 It's really a beautiful area to cycle through, and having the bicycle also meant I could explore a lot more than I'd done on previous visits.

Internet access was pretty cheap, you could buy a gig for about $2, so I always had internet access. That meant that when I cycled past the new stadium, google asked me to send in a photo. Of course I obliged :) 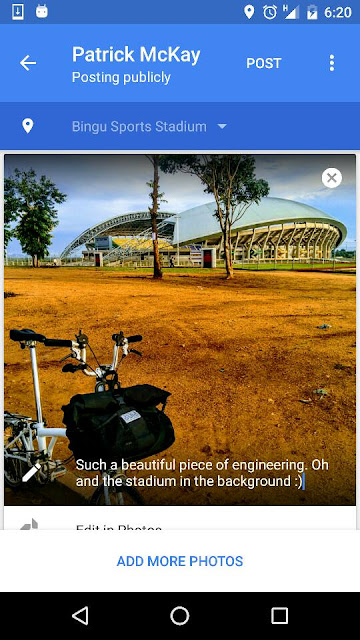 Posted by Traveller at Saturday, December 24, 2016