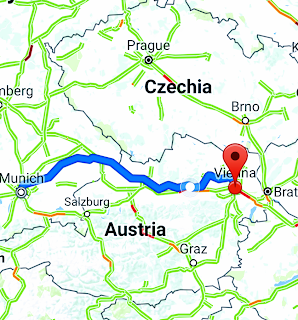 
We decided on a pair of British folding bikes called Bromptons, as our planned route included a couple of flights and train trips. The bikes weren't cheap, but they are amazingly good quality and well engineered. I'm hoping they'll last a very, very long time. These ingeniously designed bikes are also easy to take on metro systems, or on buses, and you don't need to worry about them getting stolen when you go somewhere because you can just fold them up and take them inside. 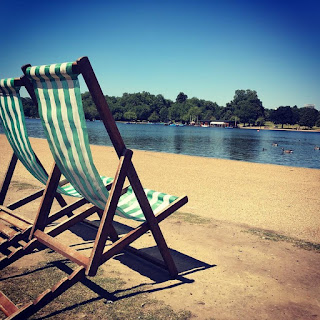 We started our tour in London, the home of Brompton. Yes that's about as un-londonish as you can get in a picture, but we picked the hottest week of the year to be there. We visited London Fields Cycles in Hackney to pick up our pre-ordered bicycles. With a quick demonstration of how to fold and unfold the bike, we were on or way. Well, kind of, Candice was literally petrified of cycling in busy London and caused havoc by only cycling on the pavement. The Brits are very creative with their insults!

Our test spin around London proved that our bikes were free of any defects.
After that we were ready to embark on the second leg of our journey, but not before spending our final evening in London packing our precious bikes for our flight. Here's Candice being creative with iMovie :)

Next up was one night stopover in Belgium, it was blooming beautiful! 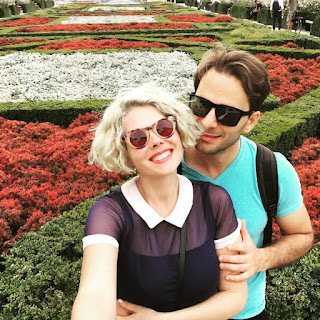 Candice had not been and I felt it was necessary for her to see the infamous Manneken Pis, indulge in decadent Belgium waffles and gorge on free chocolate. Plus it was significantly cheaper than flying directly to Munich.

On to Germany, as you can see, we only do 5 star accommodation

From Germany we quickly crossed into Austria, where it was us, the bikes and the Danube 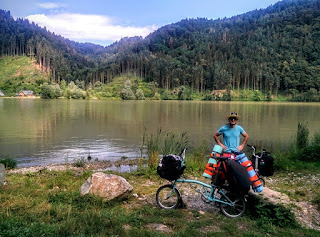 Except when taking the road less traveled 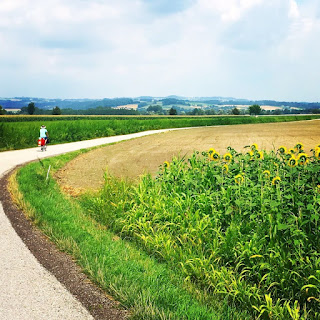 We usually made our way back to the river again though 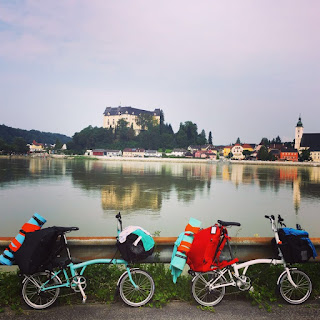 My wife says this is a dork on a bike. But this dork never burnt his face or neck. Oh yes, we washed clothes every day, so we always had something hanging on the front or back of the bike to dry out. 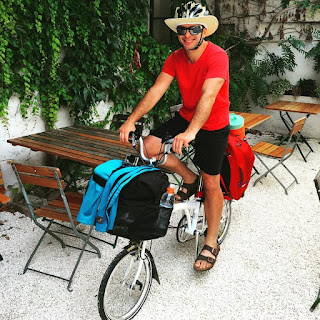 On one of the days we past by a ferry without noticing. It meant that a 60km day ended up being an 80km a day. Those are tiring! 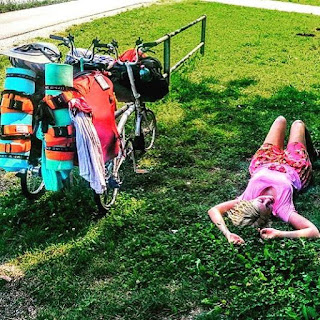 Melk, probably the highlight of the trip, and we never even knew there was anything to see there until we arrived ??? it was an amazingly good surprise. 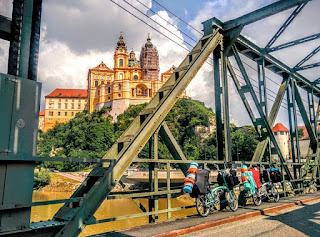 Apparently this place had the best dessert my wife has ever tasted. Something like a dumpling soaked in syrup with cooked peach inside. If you're on a biking holiday you have a license to each yummy food. 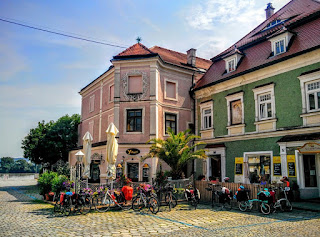 We cycled up to Vienna, spent a couple of days there and then took a train to Budapest. 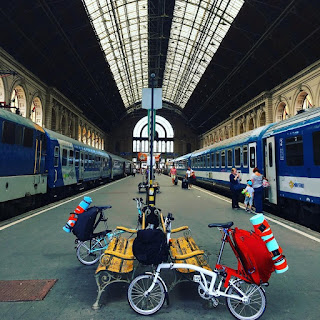 The perfect cure for sore muscles is a day spent in the thermal baths  :TU: 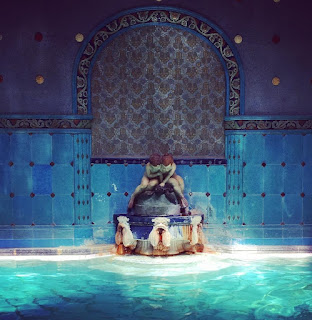 We'd usually get up, have breakfast and pack the bikes and get on the road around 9:30-10am. Stop wherever we felt like it, usually around every 10km. Take a long lunch (er dessert) break somewhere interesting, and arrive at the next stopover at between 3 and 4pm. Then we'd wash the clothes we were wearing in the sink. Wash ourselves in a hot shower and relax a little. As it was light until very late, we'd only go exploring around 7 when it was cooler.

It was the best holiday we've every had, and something I could have done indefinitely.

In terms of the day to day costs (excluding bikes, plane and train tickets) you could get accommodation 30-50 Euro per day for a couple in cheap hotels/pvt room hostels. Eating out would be another 20-30 Euro a day. If you camp it's much cheaper, 10 Euros max p.p.p.n. Then if you go shopping for food you could eat on about another 10 euro a day each, for a total of 20 Euro/day, something we could actually do right now and never need to stop!

On this trip we did cheaper hotels and private room hostels, eating out just over half the nights and it was still quite a cheap holiday. I'm hoping we'll camp next time, not only because it's cheaper, but because you never need to book when you're camping, so we can stay extra days if we feel like it, or stop in a town if we really like it.

Quite tough getting back into work mode afterwards, but the good thing about this lifestyle is it requires less of cash to live on, so who knows, maybe it'll become a full time way of life sometime soon :)
Posted by Traveller at Tuesday, August 16, 2016