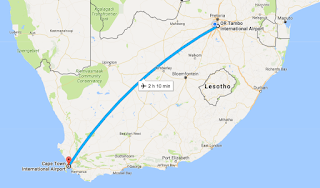 I generally only work in places that are having a really rough time. Locations with famine, poverty and war, or a combination are where I get to visit.

Very occasionally, and I mean very very occasionally, I get to go somewhere decent, and my last work trip was one of my favourite places anywhere, Cape Town! As an added bonus my brother lives there, so I have free accommodation, some company and two hyper excited Italian Greyhounds to play with. 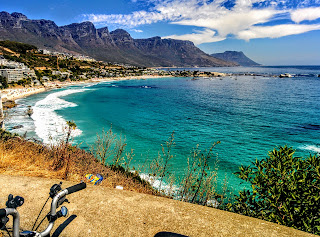 Yes as everyone has told you it's ridiculously beautiful.And yes, I took my Brompton folding bike along as I do on most of my trips. Cape Town has more bicycle paths than the rest of South Africa put together. Well down Mayor De lille. 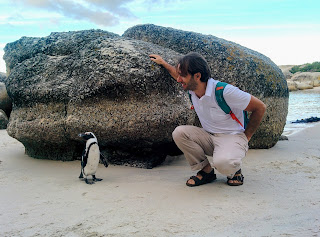 There are penguins in Africa too. I asked this one for a kiss. She thought for a little while but decided to stay faithful with her husband. 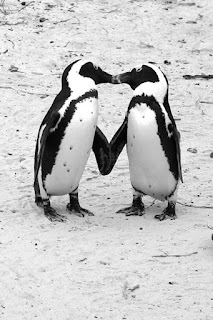 They do make a cute couple. 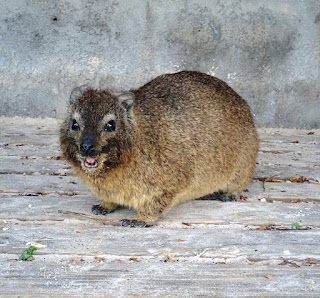 These guys live around the penguin colony.

Locally they're called dassies, officially they're a rock hyrax and are most closely related to elephants. Yes I see the resemblance too :) 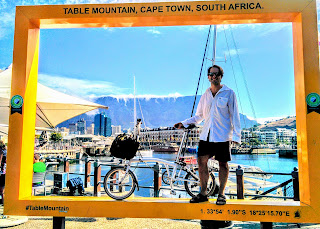 Table Mountain is seriously famous. I've climbed it three times and stood in a very long cable-car queue once to get to the top.

The view is great, but to get an even better view you need to climb the little peak next to it called Lions Head. 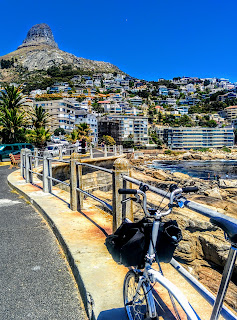 It's about 80% as high as Table Mountain, but because it's quite small on top, you get a 360 degree view, and that view includes Table Mountain! This is from about halfway up. 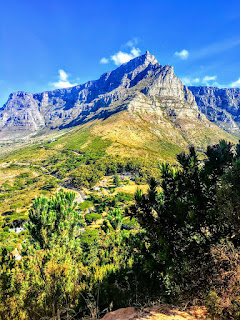 You can also see Robben Island where Mandela was held for most of his 27 years in jail, the Twelve Aposles which run along the ocean and vast amounts of Cape Town itself. 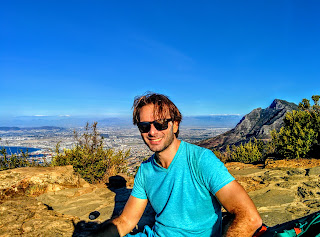 There is a tradition that says you need to go up on a full moon at night. I've done that twice and it's spectacular. Be prepared to take longer to walk up and down during the full moon. Not because it's dark but because of all the traffic going up and down the hill! If your timing is off and you're not there around full moon, go up to watch the sunset instead. 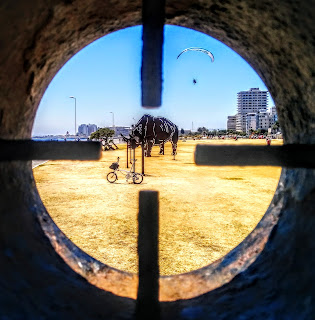 This is a split statue of sorts. The Rhino is actually 6 or 7 pieces of metal spread over 20 meters or so, but when viewed through the target they line up. It's here to highlight the Rhino poaching problem. At it's peak Rhino poaching was responsible for three deaths a day, they were heading for extinction fast. The hosts of my conference have been working with game farms, and have given them new technology. They don't track the rhinos as then they only know too late when there's a problem. Instead they're tracking people with regular and infra red cameras mounted on fences, in trees and on drones. Their image technology is so good it can differentiate between a person leopard crawling and a leopard crawling. In the park it was installed, they only had one kill last year, and even then they were on site before the horn was removed and managed to arrest the poachers. 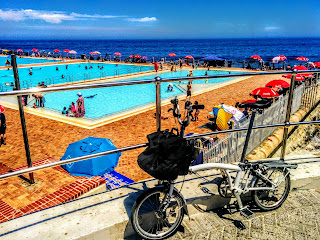 Sadly the sea is cold here. For warmer water you can either head to the east coast, or go to one of the many public pools right on the waters edge. 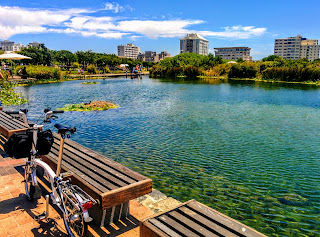 The public parks are just as beautiful, this is Green point park but Kirstenbosch is even more beautiful. I didn't go there on this trip, but if you do you should take a walk on their elevated path.
It's fantastic! 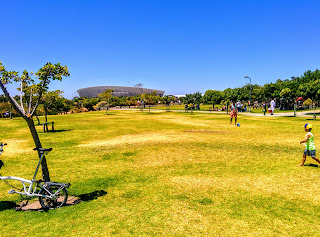 Shopping is very well priced if you have forex, they even have a daycare for husbands while the wife is out. 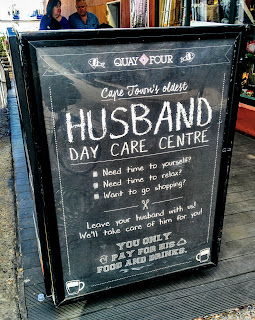 But the real reason you go to Cape Town is for the nature. Around every corner is a spectacular view. 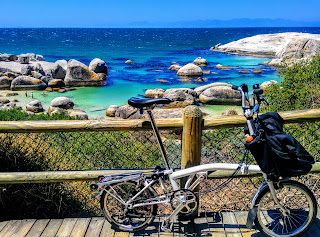 There were too many pictures to post even the good ones. I've put them here if you'd like to see more.